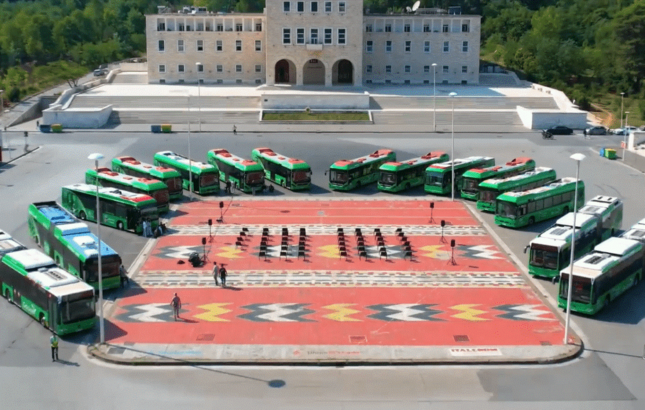 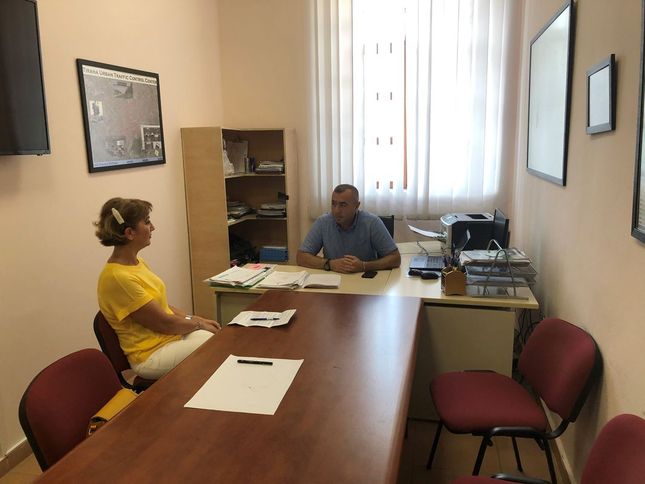 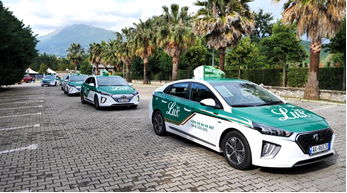 According to the data of General Directorate of Road Transport Services, National Register of Vehicles, by the end of 2019 there were 176 electric vehicles (100% electric vehicles) in Albania. Of these, 121 are electric taxis licensed by the Municipality of Tirana.

In Tirana we have three normal charging points located in public parking lots of the Municipality of Tirana. Meanwhile private taxi operators have installed 15 charging points – Normal and Fast Charger – for their own electric vehicles.

2. Relevant legislation and measures currently implemented by the Municipality of Tirana for the use, empowerment, promotion and facilitation of electric transport.

With the development of our plans, the Municipality has thought as an incentive for this type of transport, to cover the cost of electricity.

In order to increase the standards of road safety and emissions, the transport offices in the municipality, in accordance with the regulation approved by the Municipal Council, give priority to younger vehicles applying for a transport licence.

In the framework of the reform for the 4 + 1 taxi service, using new criteria through DMC no. 74, dated 7.10.2016 on "Some changes in the Decision of the Municipal Council no. 2, dated 30.03.2009 on “Approval of the regulation on the organization and functioning of the taxi service in the city of Tirana (amended)", according to which, the applied earliest year of vehicle registration for relicensing will be 2001; while for all vehicles asking to be licensed for the first time, the vehicle must be manufactured (i) not later than two years from the application year for licensing a natural person/s and (ii) in the same year as the application year for licensing a trade company/companies. The technical specifications of the vehicle(s) must comply with one of the conditions indicated:

According to these standards, it becomes possible the renewal of taxi fleet, liberalization of the market and increase of service quality.

3. What are the deficiencies in the Albanian legislation regarding the development of electric transport and alternative fuels?

Policies in the legislative plan are made by the central government.

4. What challenges do electric vehicle operators in Tirana (and beyond) face and what measures still need to be implemented?

The first taxi service with electric vehicles was introduced in Tirana in 2016. In Tirana there are several taxi operators that operate with electric vehicles and their number is increasing every day. Currently (2021), at least 6 different large private taxi companies operate with 100% electric vehicles, and there are to be considered also several individual taxi operators, thus contributing greatly to a cleaner city. The charging infrastructure of these vehicles is purchased and installed by the companies themselves and consists on normal or fast chargers. In Tirana there are currently 121 electric taxis licensed by the Municipality of Tirana.

The city of Tirana is at the forefront of the electric vehicle revolution. Almost all electric vehicles in the national fleet of vehicles are located in Tirana. Recently, the Municipal Council of Tirana with their resolutions have created several incentives to promote a friendlier and cleaner taxi service. They aim to reduce the number of taxis with older year of production, enabling the licensing of new vehicles (with the same year of production as the year of application for licensing) and hybrid and electric taxis.

The public taxi service in Tirana deserves all the praise for being a pioneer in electric transport.

The lack of charging infrastructures outside Tirana remains a standing problem as taxi operators licensed by the Municipality of Tirana often perform services from the city of Tirana to other cities such as per work, leisure destinations or points of historical, cultural, archaeological, tourist interest, etc. The lack of charging infrastructure in the entire Albanian national road network or even in the important transport nodes such as: transport terminals, ports, airports, etc., makes it difficult or restricts the use of electric vehicles.

5. Challenges and plans for the future (any possible projects ...).

The Municipality of Tirana has started in August 2021 the operation with a fleet of hybrid electric buses in the large annular line of Tirana of 13.2 km with 66 stations.

With the new generation of public transport, electric hybrid buses are in service for a greener and cleaner Tirana.